from The Hollywood Reporter: January 21, 2015
by Graeme McMillan 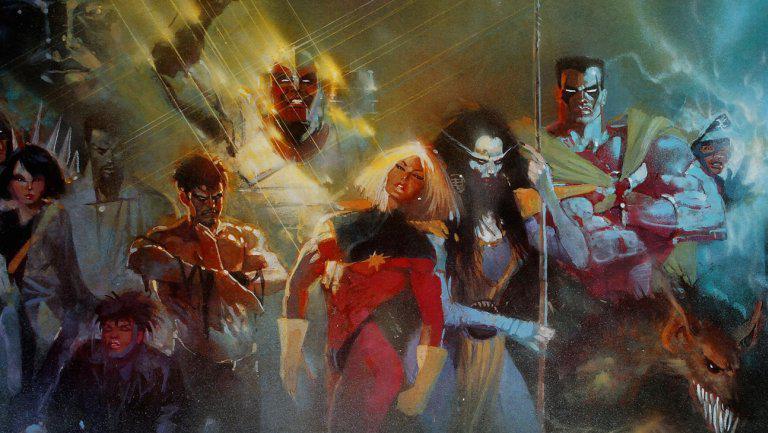 An important piece of the 1990s comic book landscape is set to return this year, with the news that Milestone Media — the studio founded by Reginald Hudlin, Derek Dingle, Denys Cowan and the late Dwayne McDuffie — is being relaunched with an eye to working with “a wide variety of companies,” including those outside the comic book industry.

While mainstream superhero comics publishers like Marvel and DC have increased the amount of diversity visible in their comics recently, with Marvel’s Ms. Marvel and All-New Captain America being the most high-profile examples, the new Milestone Media — referred to by Hudlin as “Milestone Media 2.0” in an interview with the Washington Post — will strive to increase the diversity of voices behind the characters.

“We’ve never just done black characters just to do black characters. It’s always come from a specific point of view, which is what made our books work,” Cowan told the Post. “What we also didn’t do, which is the trend now, is [to] have characters that are, not blackface, but they’re the black versions of the already established white characters — as if it gives legitimacy to these black characters in some kind of way — [that] these characters are legitimate because now there’s a black Captain America. Having been a creator of these characters and a consumer, I always looked at it like, ‘Well, geez, couldn’t you give me an original character?’”

In its original incarnation, Milestone offered only original characters, published in partnership with DC Entertainment. Of those characters — which included Icon, Hardware, Xombi and one of the first openly-LGBT partnerships in mainstream comic books with Shadow Cabinet’s Donner and Blitzen — the most famous is undoubtedly Static, a teenager with electricity powers who has featured in three solo comic book series from DC as well as Static Shock, a Warner Bros.-produced animated series that ran for four seasons on the WB network. (An digital series featuring the character was announced as being in development by Warners last year.)

The first run of Milestone titles, which ran from 1993 through 1997, was also notable for introducing a number of new creators to comics who would later become known for DC and Marvel work, including John Paul Leon, J.H. Williams and John Rozum. Derek Dingle said that he considers the new Milestone, like the original version, “an opportunity to mine some [new] talent,” with the company looking “to find a new group of creators who are knowledgeable and grew up with digital [formats].”