Unlike DC’s previous Static Shock comic, which positioned Static as one of many heroes in the New 52 universe, the Milestone characters will go back to existing in their own self-contained world (referred to as Earth-M). The arrangement seems similar to Milestone’s original relationship with DC, where the former was a DC imprint but maintained creative control over its properties. 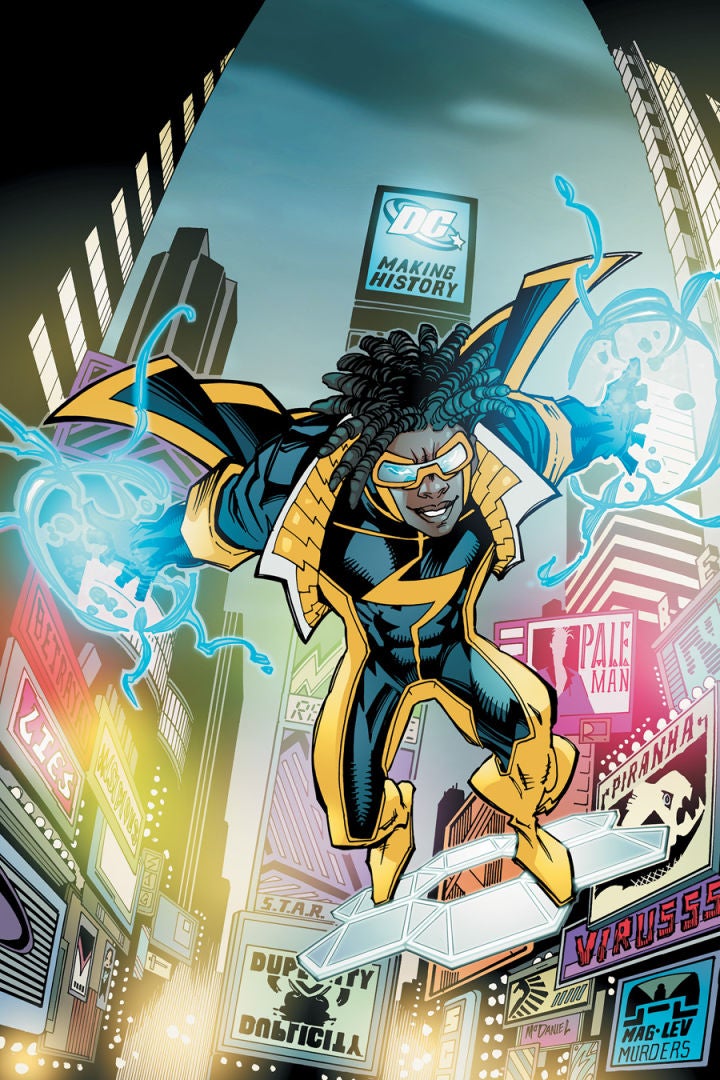 Static as he appeared in the New 52.

This news builds on the announcement of “Milestone 2.0” earlier this year, where two of the original co-founders of Milestone Media, Denys Cowan and Derek Dingle, teamed with writer/director Reginald Hudlin to bring new life to this comic book universe across various media. Dingle noted during the announcement that the goal now is much the same as it was when Milestone was first created in 1993 – to offer a greater sense of diversity and representation in the comic book industry.

No specific projects have been revealed yet, though both Geoff Johns and Jim Lee will be involved with the new Milestone comics in some capacity. Rather than focusing on ongoing comics, Milestone will publish up to two hardcover graphic novels per year, along with a small number of mini-series and one-shot specials. These stories will feature a mixture of familiar faces (including Static, Xombi, Hardware, Icon and Rocket) and new heroes and villains.